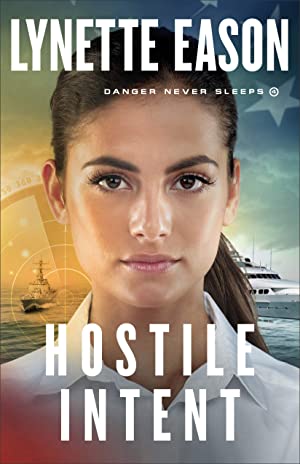 Ava Jackson entered the military shortly after high school, but her mother’s illness has forced her to request an early discharge. She already lost her father while deployed, and there’s no way she’s going to let her mother die alone. But after a visit to the nursing facility where her mother lives, Ava is attacked walking back to her car. Fortunately, FBI Special Agent Caden Denning arrives in time to help fight off her attacker. Caden reveals to Ava that she may hold the key to the murders of three families, and he needs her help before anyone else is harmed. The hits show a pattern, and clearly the killer has an agenda. But if Caden and Ava can’t discover what it is, Ava may be next on the hit list. Bestselling author Lynette Eason concludes her latest suspense-filled series with a bang as secrets are revealed and the guilty are brought to justice.

Hostile Intent is the final book in the Danger Never Sleeps series by Lynette Eason. Get ready for an intense ride with this military/FBI inspired novel! After leaving the Navy to care for her mother, Ava, finds herself in the midst of three murder cases that could be tied to her past. FBI Special Agent, Caden, intervenes and keeps Ava from being the next victim on a targeted list but who is behind the crimes. Together they will try to uncover the answer and along the way develop more than just a friendship.

This series is about brave women in the military with each book focusing on one woman. The storyline of this book is one that is a bit darker and of violent crime but Eason does a wonderful job of keeping it from being graphic. She also has a way of weaving faith into the characters lives. Everything about Eason’s books keep you in suspense and wanting more!

A copy of this book was received for review via Fleming H. Revell Company. In no way has this influenced the review. The opinions expressed in this review are of the reviewer only.

Along a Storied Trail